States’ authority to enact clean energy policy was significantly bolstered last week in an important federal district court decision. The U.S. District Court for the Northern District of Illinois dismissed a challenge from fossil fuel companies who objected to the Illinois program to support nuclear generation because it hurt their bottom line. The case is important far beyond the nuclear context because it demonstrates that states have many strong tools to dictate their energy mix (including advancing renewable energy) without violating the Constitution or federal energy laws.

The case concerned the Illinois’ Future Energy Jobs Act, which NRDC supported because it contains a broad and aggressive package of policies to advance energy efficiency and renewables. The Act also includes a program that will provide payments to some nuclear generators in exchange for Zero Emissions Credits representing their carbon avoidance value. While the operation of such generators poses serious environmental and public safety concerns, the majority of funding under the Act ensures that more practical and environmentally sustainable approaches to reducing carbon emissions will continue to increase, powering the state’s clean economy while reducing pollution.

Fossil fuel power plant owners who stood to gain from the retirement of nuclear generators mounted a challenge. While they objected only to the Act’s nuclear program (leaving the other portions of the Act unchallenged), they advanced a deeply problematic view of federal energy law that threatened to muddy the waters of states’ longstanding authority over energy policy. Fortunately, the court firmly rejected their challenge.

NRDC filed a friend of the court brief, not to support Illinois’s nuclear program, but to defend states’ ability to effectuate energy policies more broadly and to preserve their ability to advance truly clean energy. We also filed a brief in a similar case addressing a New York program. States are critical leaders in advancing renewable energy like wind and solar and other clean energy solutions, so it is imperative that their broad power to aggressively advance environmental goals remains crystal clear. The Illinois district court’s decision is a victory confirming that authority.

The court’s opinion rejected several different claims made by the fossil generators, but the case holds particular importance for its discussion rejecting their contention that Illinois had improperly intruded on the responsibilities of the Federal Energy Regulatory Commission (FERC), the federal agency that oversees regional energy markets.

While states regulate retail sales of electricity from utilities to homes and businesses, FERC is generally responsible for regulating prices for wholesale electricity sales, which are the transactions by which large power plants and other energy suppliers sell electricity in bulk to those utilities. The fossil generation owners argued that Illinois’s nuclear program intruded on and conflicted with FERC’s regulation of wholesale electricity sales because it would push wholesale market prices downward by keeping nuclear generators online and thereby propping up market supply. They also argued that the state program was improperly “tethered” to wholesale sales of electricity because the program provides payments in connection with the generation of electricity, and in practice, nuclear plants supported under the program would receive payments when they sold electricity into the regional markets overseen by FERC.

The court dismissed both arguments, reasoning that state regulations that indirectly affect wholesale electricity prices by influencing energy supply could not possibly intrude on FERC’s authority because that logic would invalidate a wide swath of established and concededly legitimate state regulations, such as tax policies. The fact that the Illinois’s program provided payments tied to the generation of electricity was immaterial, because Illinois left entirely to FERC how to regulate any wholesale sales of that electricity once it had been generated.

Clarifying the law for other states

The plaintiffs leaned heavily on a Supreme Court decision, Hughes v. Talen Energy Marketing, LLC, which struck down a Maryland program to support the construction of new natural gas generation. But the Maryland program, unlike Illinois’s program, set up a unique contractual arrangement that directly adjusted prices for wholesale electricity sales and thereby intruded on FERC’s authority (the complicated details of the contractual arrangement called for by the Maryland Program are discussed here). As we explained at the time Hughes was decided and in our brief, it was an extremely narrow decision confined to the unique circumstances whereby the state program at issue explicitly modified prices for wholesale sales that FERC had already approved. The court evaluating Illinois’s program agreed, rejecting the argument that Illinois’s nuclear program could be invalidated under its logic.

Despite the explicitly limited nature of the Hughes decision, opponents of state clean energy policies across the country have improperly seized upon it in an attempt to call state authority over energy policy into question. So the Illinois district court’s language correctly construing Hughes to apply to only a narrow set of facts is particularly important. It is now the second court to interpret that case, joining the U.S. Court of Appeals for the Second Circuit, which likewise interpreted Hughes narrowly in rendering another big victory for state authority to advance clean energy. On June 28, 2017, that court affirmed the legality of a Connecticut renewables program that facilitated long-term contracts between renewable generators and the state’s utilities. NRDC filed a brief supporting Connecticut’s program, as well.

The Illinois court’s decision could influence many future cases in this area, including the similar challenge to New York’s nuclear program, which has not yet been decided. An even more important consequence could be the cases that are never brought as a result of the court’s clarifications.

In dismissing the plaintiff’s challenge, the court emphasized states’ clear authority to mandate that a certain percentage of energy supply come from renewable energy through programs such as Renewable Portfolio Standards.

States can now confidently exercise clean energy leadership at a time when the Trump Administration seems to be refusing to do so even though it generates jobs and cuts bills for Americans.

The views expressed in this blog are those of the author, and do not necessarily represent the views of the Sustainable FERC Project or Natural Resources Defense Council. 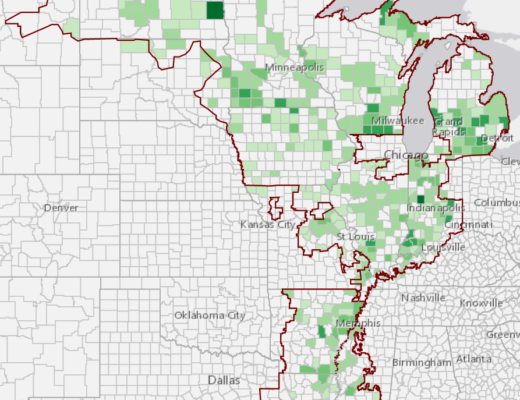