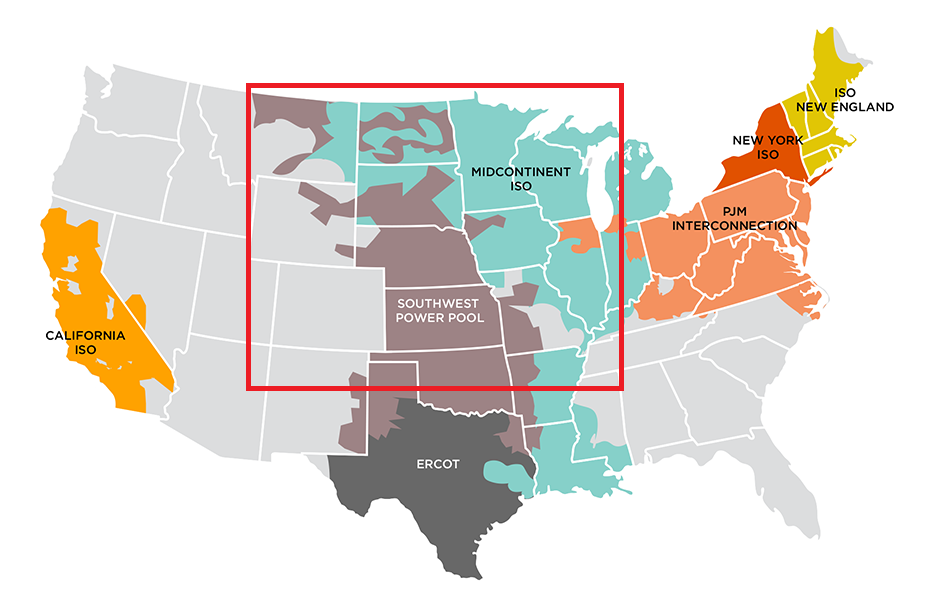 MISO and SPP Can Benefit From a More Connected Grid

This blog was co-written with Andy Kowalcyzk, an independent consultant focusing on MISO South.

Electric grids across the Midwest, South and in Texas failed a key resilience test during last month’s winter storm, leaving millions in the dark and cold, endangering water supplies, and, tragically, leading to many deaths. While policymakers are still trying to understand the full scope of the catastrophe and its causes, one key conclusion is clear: The grids connected via transmission lines fared significantly better than those isolated and on their own.

We must expand and strengthen these ties to make our nation’s power grid more resilient to the heat waves, flooding, storms and, yes, winter cold snaps that we can expect because of climate change. Expanding and strengthening transmission across electric grids must be a priority for regional grid operators, as well as policymakers in Washington, D.C.

In the Midwest during the storm, the regional transmission organizations (RTOs) that are linked to each other via transmission lines, the Southwest Power Pool (SPP) and the Midcontinent Independent Service Operator (MISO), fared better than the Electric Reliability Council of Texas (ERCOT), because they could rely on each other and their neighbor to the east, PJM, for electricity when they needed it.

However, they were not unscathed. For example, SPP, which administers the grid in 14 states from Wyoming to Louisiana, implemented the first rolling blackouts in its history. MISO also faced significant challenges in its southern reaches during the winter storm and instituted rolling blackouts as well. While Texas is an extreme example of going it alone, SPP and MISO would have benefited from increased transmission capabilities between each other and neighboring RTOs and throughout their territories. SPP and MISO should be increasing transmission capabilities between each other and throughout their territories to prepare for the next severe weather event.

For five days, MISO issued warnings of the potential for rolling blackouts in MISO South (Arkansas, Louisiana, Mississippi, and Texas). During the storm, there were more than 200,000 power outages in Arkansas, Louisiana and Mississippi due to the strain on the electric system. And like in Texas, the blackout compromised water infrastructure in the City of New Orleans. In neighboring SPP, at least 230,000 outages were documented by the utility Evergy, which serves customers in Kansas and Missouri.

SPP and MISO did not suffer nearly as badly as Texas, in part because their grids are part of a much larger system connecting all or parts of MISO’s 15 states and Manitoba and SPP’s 14 states. The western border of MISO can share electricity with SPP across the ‘seam’ that divides the two grids. Except for ERCOT and the California Independent System Operator, the regional grids connect to one another to benefit from variations in energy production and demand.

During the February winter storm, both MISO and SPP were importing power, as Figure 2 below shows. PJM, shown as MIDA, exported up to 10 gigawatts of electricity during the storm to MISO, while MISO, shown as MIDW region, exported power to SPP, shown as CENT. However, the ability for RTOs to exchange power is limited by the amount of interregional transmission connecting these regions.

During the February winter storm, we saw the benefits of interconnecting seams—and the limitations when there are not enough interconnections. While PJM exported power, it also had lower prices compared to parts of MISO (shown in Figure 3 below). That is especially true when comparing the regions near the North-South MISO connection (located in southern Missouri) and in MISO South.

The high prices in MISO, shown in orange and red, reflect low supply and high demand, while prices in PJM, shown in yellow, green, and light blue, demonstrate the inability to get enough power from PJM to MISO. If more electricity was able to travel to where the market prices indicated it was needed, there would have been less of a price spike—and, perhaps, fewer or no rolling blackouts. More interregional transmission between MISO-SPP and MISO-PJM would provide benefits to all when their grids are experiencing increased demand due to extreme weather. The RTOs must expand transmission capacity between themselves to significantly increase the available electric supply.

Equally important is building regional transmission throughout MISO’s territory, so MISO can get power to where it is needed, when it is needed, in its territory. In MISO South, rolling blackouts began in Texas but then extended into Louisiana, Mississippi and Arkansas, due, in part, to the limitations of transmission between MISO North and MISO South. Figure 3, above, shows this as well. In this figure, many purple areas showing cheaper prices, thus high supply/low demand, are in MISO territory, including Michigan, Indiana, and Kentucky. The energy in purple is trapped, unable to travel over regional lines to get to MISO South where it is needed. A day later on February 16 in Figure 4, despite prices dropping in MISO North, the map still shows high prices in MISO South and low prices in western Michigan, indicating excess energy that cannot reach MISO South.

Clearly where MISO North and MISO South meet in Missouri, there was a greater demand for power in the South and a greater supply in the North, but the lack of necessary transmission kept power from traveling to where it was needed – a problem that has been recognized for years. In 2019, MISO initiated a study for solutions to improve the connection and increased power flow between the North and South. This constraint may be considered further in MISO’s Long Range Transmission Plan (LRTP).

The benefits of better connections between the North and South in MISO would be considerable for both. For example, on a warm, sunny day in MISO South, solar power can be sent North and vice-versa. With more regional transmission linking the North and South, the grid would be more resilient to weather and local demands, because it is able to share electricity over a larger area. Simply put, a grid with more connections over a larger area has the ability to access a variety of generators providing more resiliency.

MISO has embarked on a Long Range Transmission Plan to address what itself calls “urgent needs.” The plan is meant to address many persistent issues, including relieving congestion like that in Michigan, integrating seams, and enhancing flexibility and thus reliability like that encountered at the North-South MISO connection. These are all problems the February winter storm made apparent. Figure 5, below, provides a visual that highlights some of the concerns the LRTP is meant to address. This is a critical opportunity, and MISO and its stakeholders must not squander it or be held hostage by fossil fuel interests that want to stop transmission build because of their self interest in keeping expensive, fossil fuel plants online.

The February storm only underscored the importance of these issues. If MISO and SPP improve connections at their seams and build regional transmission within their borders, it will strengthen the grid, helping ensure nothing like the Texas disaster occurs in their territories. We should not wait for the next severe storm. The time for action is now. 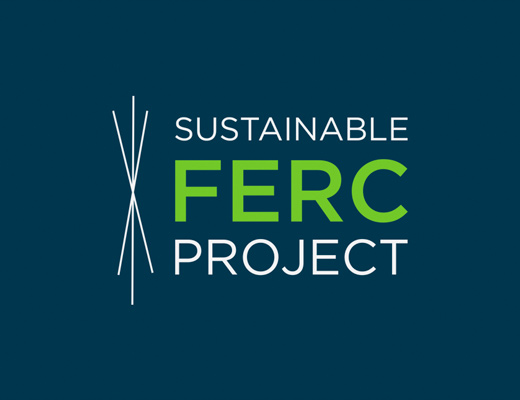 After Texas, a New Spotlight on Long-Distance Transmission in MISO