We Don’t Have Time To Waste In Planning Our Electric Grid For A Renewable Energy Future, 2035 Is Tomorrow

By Andy Kowalczyk of 350 New Orleans, reposted from 350NewOrleans.org

There are good reasons to invest in new solutions that reduce climate emissions, but because the energy transition will take time, it’s important we use our time wisely, and also use the tools we have now.

John Kerry recently stated that we are waiting on technology for reducing up to 50% of climate emissions, but even if this happens to be true, we could do a whole lot better with moving forward on the solutions we have now. That’s why, with the Biden Administration’s goal to reach 100% Clean Energy by 2035, Kerry’s remarks seem a bit puzzling. There are good reasons to invest in new solutions that reduce climate emissions, but because the energy transition will take time, it’s important we use our time wisely, and also use the tools we have now.

One of the most important priorities we have right now is to clean up the electric grid. We know that transitioning fossil fuels like coal and fossil gas to resources like solar and wind for our electricity is one of the most important pieces of the climate puzzle, but we barely hear about the grid itself. Something so commonplace however, is important not only for climate action, but for climate resilience.

Rooftop solar and batteries will play a role in our future in terms of resilience; but we know these resources won’t always meet demand 24/7 365 days a year, and we’ll still rely heavily on getting power from what’s called the ‘bulk power market’. Ensuring that the grid connected to this market is built to be resilient, and has more avenues to get power to cities and towns during and after extreme weather events is critically important. Having a stronger bulk power grid is like having more roads that lead to cities and towns, and these roads can shorten the time that folks are without power after extreme weather events. With hurricanes, hotter summers and colder winters becoming more and more common in the south, it’s very important that we plan for a more resilient grid as soon as possible. Luckily, there is an organization that could hold the keys to having a more climate resilient and renewable energy future.

If you’ve never heard of the Midcontinent Independent Service Operator (MISO), don’t worry because most folks haven’t. They rarely get the attention of climate advocates, but they are an organization that controls the very flow of electricity over a massive 15 state footprint from south Louisiana up to northern Manitoba Canada, and from Montana to eastern Michigan. Don’t let the Twitter account with a modest 7,067 followers fool you, MISO is an incredibly important part of our energy ecosystem that has the attention of powerful utility interests, their regulators, and renewable energy advocates alike. The scale of MISO, and their focus on planning the grid of the future, holds enormous value for transforming our energy system and making it more resilient, affordable and cleaner than it has ever been.

The Federal Energy Regulatory Commission (FERC) came up with the idea for organizations like MISO back in the late 90’s to increase competition between electric utilities on the bulk power market and called them Regional Transmission Organizations (RTOs). It functions like an open market for electricity, where power providers like utilities and independent owners of power plants, or wind and solar farms compete to provide electricity to cities and towns throughout MISO’s footprint. The grand purpose was to create an environment where utilities would need to compete to run their power plants, based on cost effectiveness and quality of service.

These days, in places where there’s a lot of it, solar and wind are the most affordable resources on the market, because they don’t require any fuel besides the sun overhead and a stiff breeze. Looking at ‘real time’ maps from other RTOs like MISO, you can see rock bottom prices for electricity during the daytime for solar heavy CAISO, and sometimes negative prices during windy days in the Southwest Power Pool where there are tons of wind turbines out-standing in their fields. It’s wonderful that this is clean power, but it’s also astonishingly affordable power, and an example of how an RTO can efficiently bring customers the most affordable climate friendly electricity on the grid.

This doesn’t happen on it’s own however, MISO undergoes planning efforts every year in an effort to identify ways to make their system more reliable, affordable and efficient. They’re beginning to see an emerging need to build a grid connecting the best solar and wind resources to cities and towns across MISO, and to make sure the grid is reliable for these resources. To plan this grid, they receive input from environmental groups like 350 New Orleans, who have been highly engaged in MISO meetings on these plans. Along with other environmental organizations, renewable energy developers, consumer advocates, electric utilities, and state regulators, all of which may have differing interests.

Right now, MISO is in the midst of a very big planning effort in terms of climate action. MISO’s Long Range Transmission Planning (LRTP) effort is an effort specifically designed to make sure the grid is prepared for more renewable energy, and a more resilient system over the next 20 years.

You may have seen that leaders throughout MISO like Council President Helena Moreno and Mayor of New Orleans have endorsed MISO’s LRTP effort, but even more recently Governors in the states of Minnesota, Wisconsin, Michigan and Illinois have come out in support of this effort too through a joint letter to MISO leadership. In planning for this grid of the future however, some powerful interests have attempted to delay this process, and say that there is time to wait. This support is critical during this time because powerful interests continue to challenge this effort. Without vocal support from certain regions, they may be overlooked.

The region known as ‘MISO South’ (AR, LA, portions of TX and MS) have benefited greatly by being better connected with our neighboring states. However, as our climate changes, we need a more resilient energy system. Last year, Louisiana was hit by five hurricanes, leaving hundreds of thousands of Louisianans without power, sometimes for days. Then in February 2021, a Polar Vortex struck again and tens of thousands of citizens lost power. MISO South states cannot continue to accept major power outages that slow our economy and harm our citizens. Put simply, the longer we wait to voice support for a transmission plan that includes MISO South, the longer we wait for a reliable grid in the region.

With recent announcements by Louisiana’s Governor John Bel Edwards to bring the state of Louisiana to net zero emissions by 2050, it’s critical that he and other state leaders throughout the south endorse MISO’s LRTP effort. State leaders throughout MISO have recognized the value of LRTP, and understand that it is the key to facilitating an affordable and equitable energy transition that provides a resilient energy system for their state.

Reliability Experts to FERC: Focus on “No Regrets” Actions

Why Should We Care About MISO’s Long Range Transmission Planning?

4 Keys for a Successful FERC Office of Public Participation 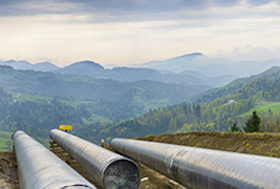